Navigating the world as we know it is something that most people don't think much about because it comes naturally. However, that is not the case for the more than 400,000 visually impaired Australians. It is for this reason that Building Code Australia requires that public spaces install tactile signage. Not only does installing braille tactile signage ensure that you abide by the laws, but it also makes your facility accessible to all persons of varying physical capabilities. That said, commercial facilities are always looking to offer the best braille signage experience. As such, this article highlights key signage trends aimed at improving braille signage user experience.

QR Tactile Signs — Although QR technology has been around for quite some time, its use in tactile signage has not been explored that much until only recently. Since braille dots are raised forms and can only be read through touch, raised QR patterns can transform the way braille signage looks and how it is used. Modern signage made from photopolymer material — considered the best for tactile signs — not only includes the braille dots, but it also features a QR code. Therefore, the user can decide to either use touch or use their smartphone to scan the tactile QR code. Once they have scanned the code, their smartphone will communicate the information in real-time, thereby saving clients time. Moreover, the unique patterns of QR codes give tactile signage a decorative feel.

LED-Lit Braille Signage — LED lighting is used today in all manner of applications. From the chassis on cars to interior decorations in homes, LED light exudes a warm feeling. Interior designers have discovered they can use LED strips on braille signs for an excellent effect. Rather than wrap strips around the signage, a better strategy is to make the signage hollow on the inside where you can install the LED strips. For an even better effect, the braille dots should be transparent to allow the LED light inside the signage to illuminate through. While visually impaired persons might not see the lighting, other users will appreciate the efforts to improve the signage aesthetics.

Sound-Activated Braille Signage — Traditionally, people with visual impairment touched braille dots to discern the information. This means that one must understand braille before they can use tactile braille signs. However, what happens to those people that lose their eyesight late in life and have to learn braille first before using these signs? Since it takes some time to be proficient in braille, sign makers are combining sound and braille language to help this group. Therefore, persons with visual impairment that don't know how to use braille yet can press on the braille dots, and the information is immediately translated to sound. 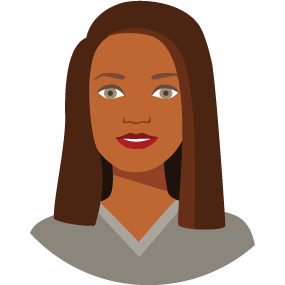 Welcome to my blog. My name is Ashley, and I worked with a trade show producer for many years. In that position, I got the chance to see a lot of exhibitors and figure out what was effective at a trade show or exhibition. Now, I run a small company selling homemade hand soaps, and I use my years of experience in the show industry to help me get ahead now. Whether I am working a booth at a farmer's market, a wedding expo or any other event, I rely on my signs. If you want advice on creating compelling, show stopping signs, you have come to the right blog. I hope these ideas help inspire you!